Exploding dots and inquiry based learning

Once there was a master that wanted his students to develop their intuition and look at problems from different perspectives. So he gave each of his students a very difficult problem to solve. As they kept working on their problems, the master walked around the room and cracked his whip at one of the students after they had entered the state of complete immersion into the problem. The exact instant the shriek from the acute pain of the lashing whip stopped, the student found the solution.

Inquiry based learning has a lot of interesting parallels to the zen story. The master’s job is to establish a playing field for intellectual curiosity with little to no instructions. As the students dig in and find the solutions by suffering through the problem, their learning becomes their own. They were not taught, but they learned through discovery. The violence of the metaphorical whip is in designing the playing field rife with mines each of which have an explosion resulting in an aha moment. The most wonderful thing about exploding dots is that it makes learning an autonomous activity with a lot of mines. 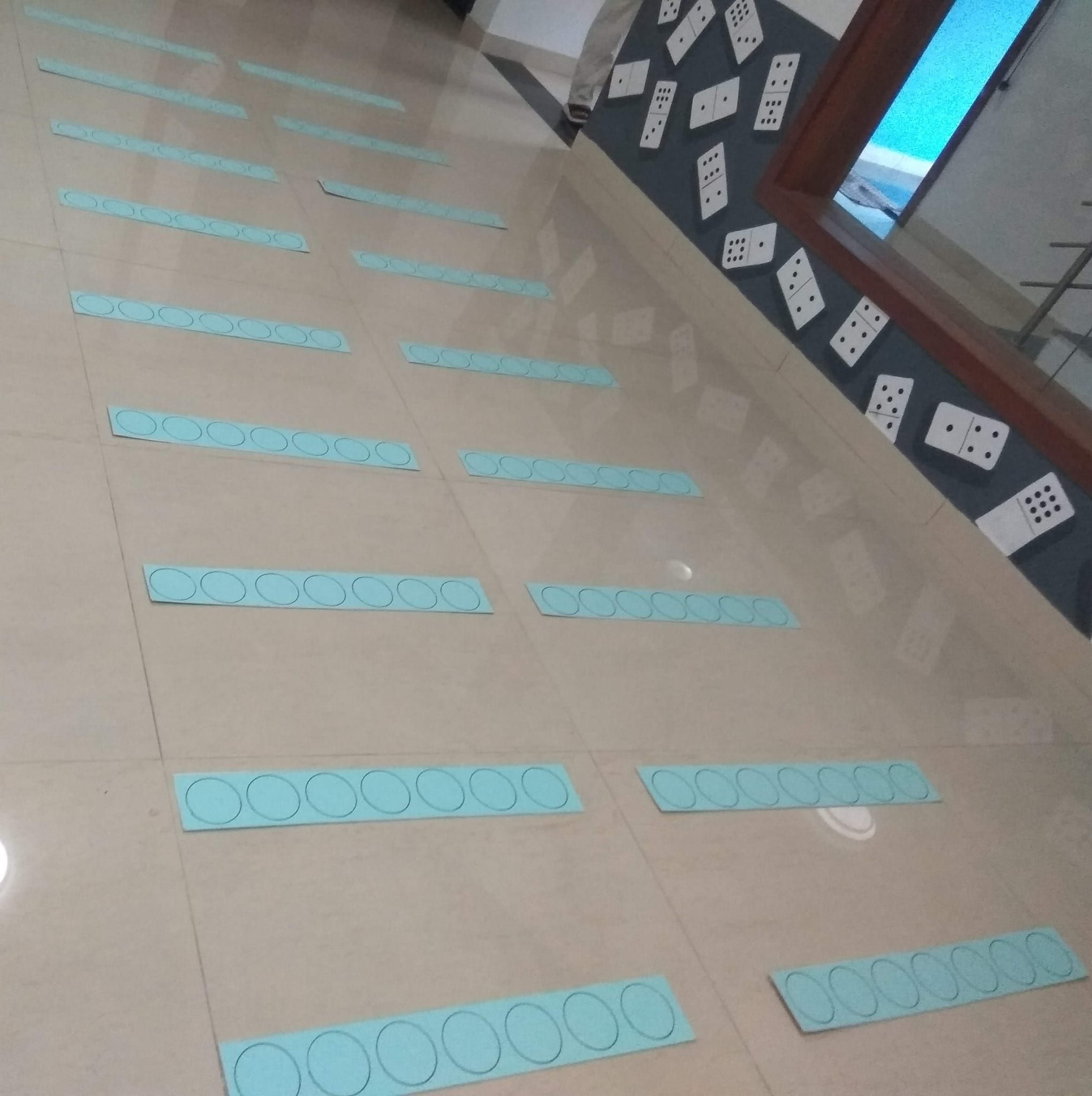 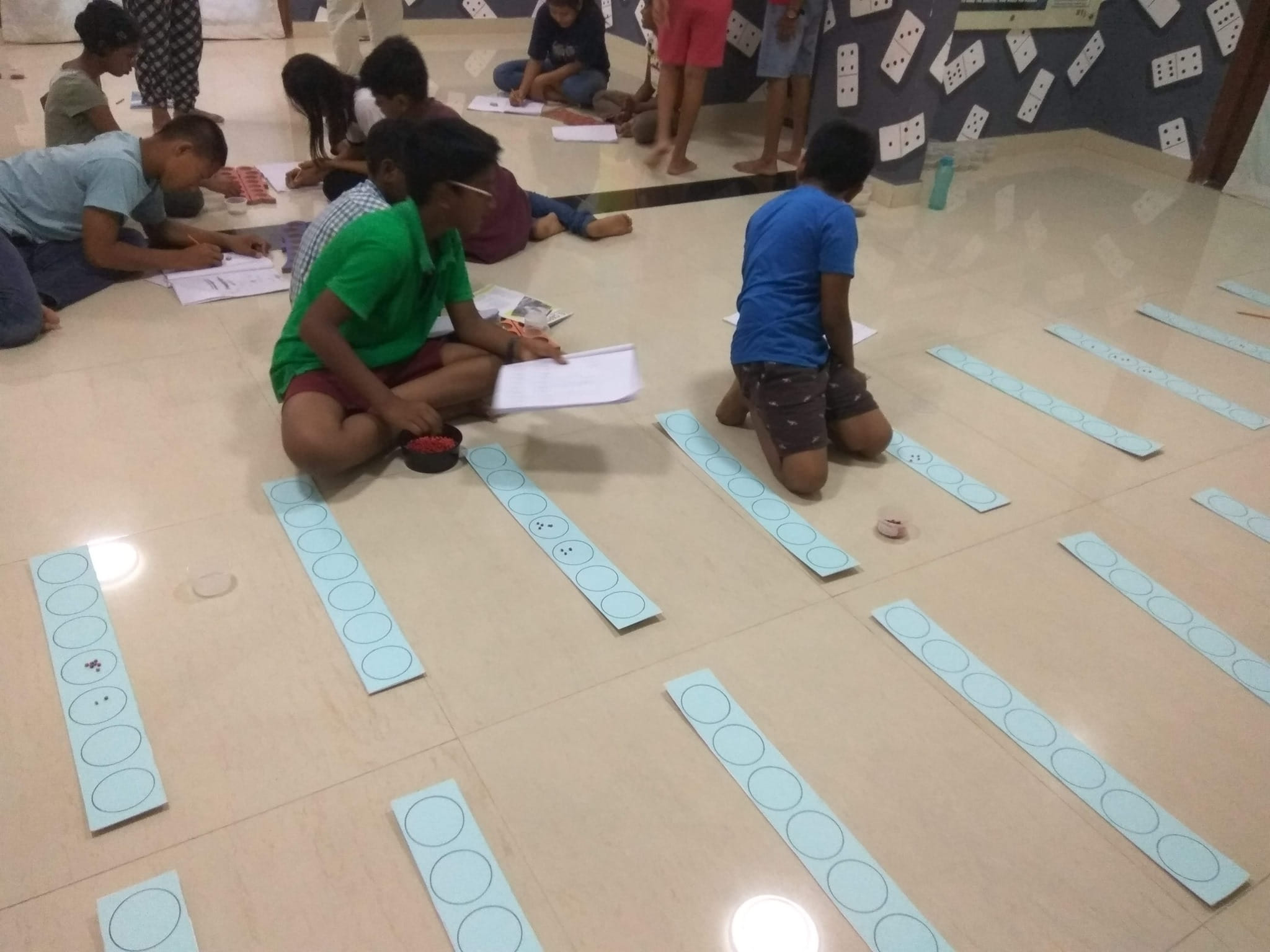 They got cracking with unbounded enthusiasm. Some chose to collaborate, others chose to go alone. ![Column 1 complete](/assets/images/posts/exploding-dots-and-inquiry-based-learning/column1.jpg “Column 1 complete) When the entire first column was done and verified with interesting discussions and a serving of friendly smack talk, they moved onto the second column. #H2 The Ploy The second column is the random number we picked times n where n comes from the n ← 1 machine in that row. They toiled through the first three rows. 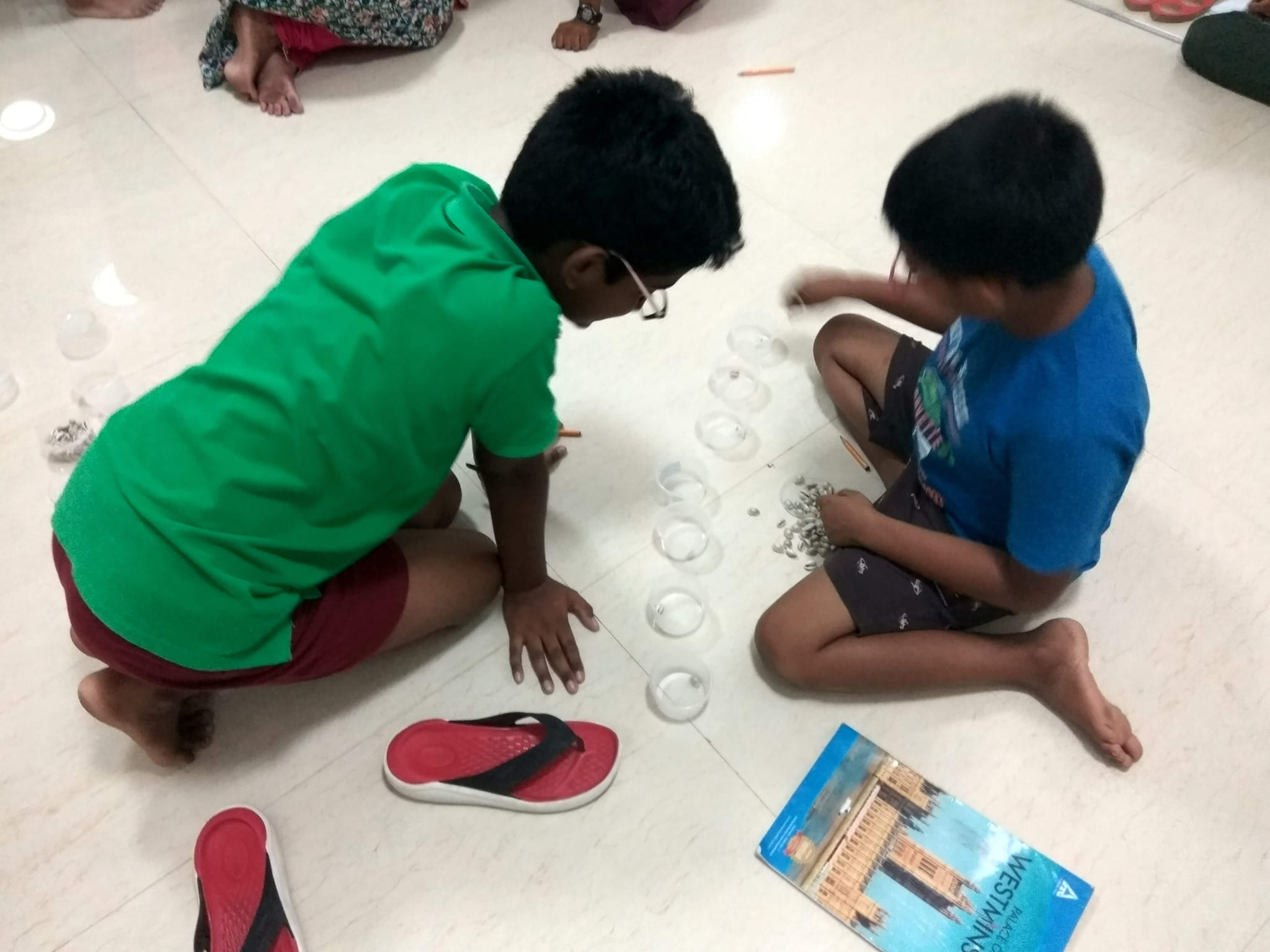 Once we got agreement on the values for the first three rows, it was time for some reflection. 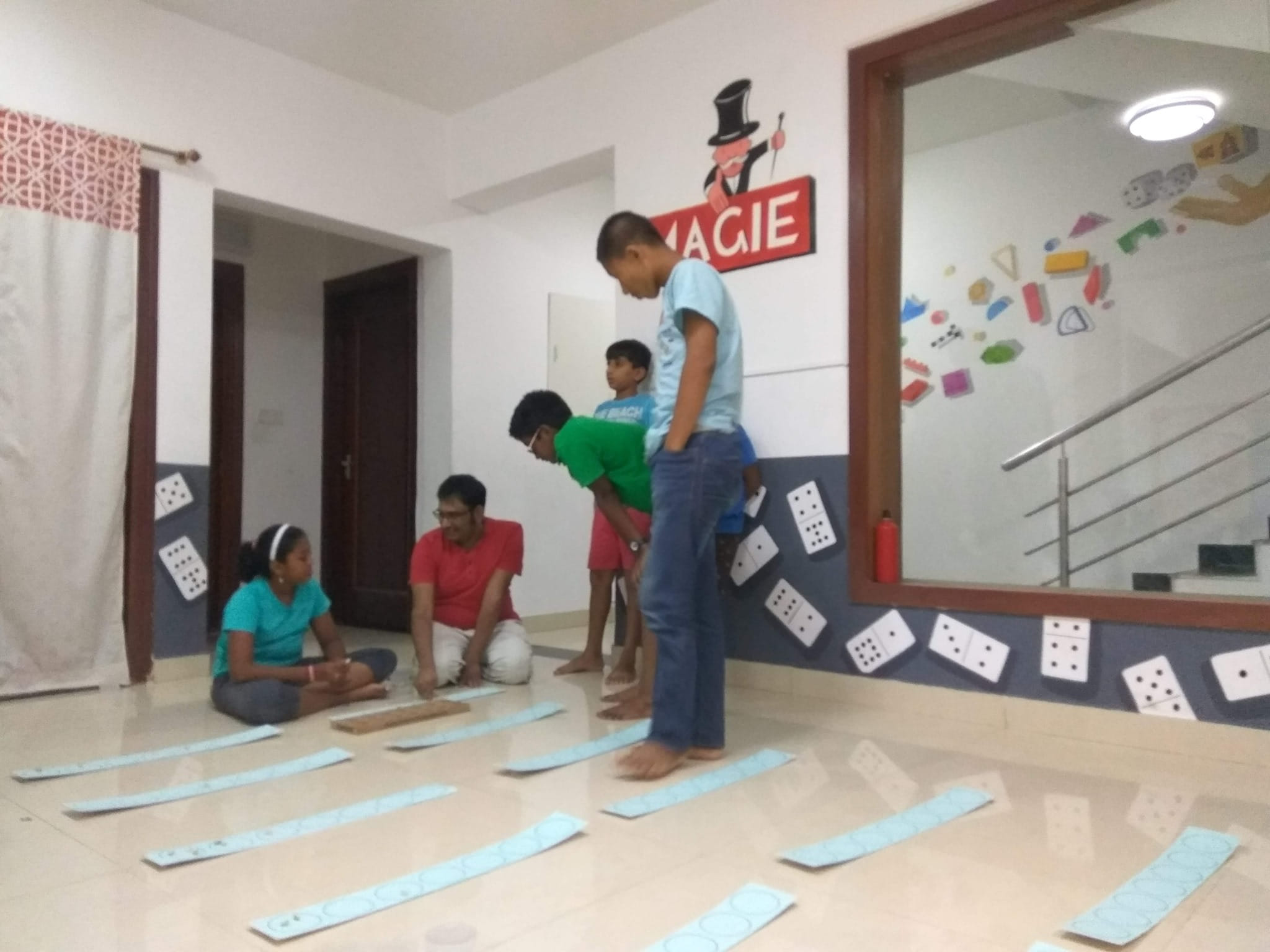 They had a minute of shut eye to calm their nervy math induced energy and then they were asked to observe both the columns.

The pattern revealed itself and they scampered to fill in the rest of the machines in the second column. 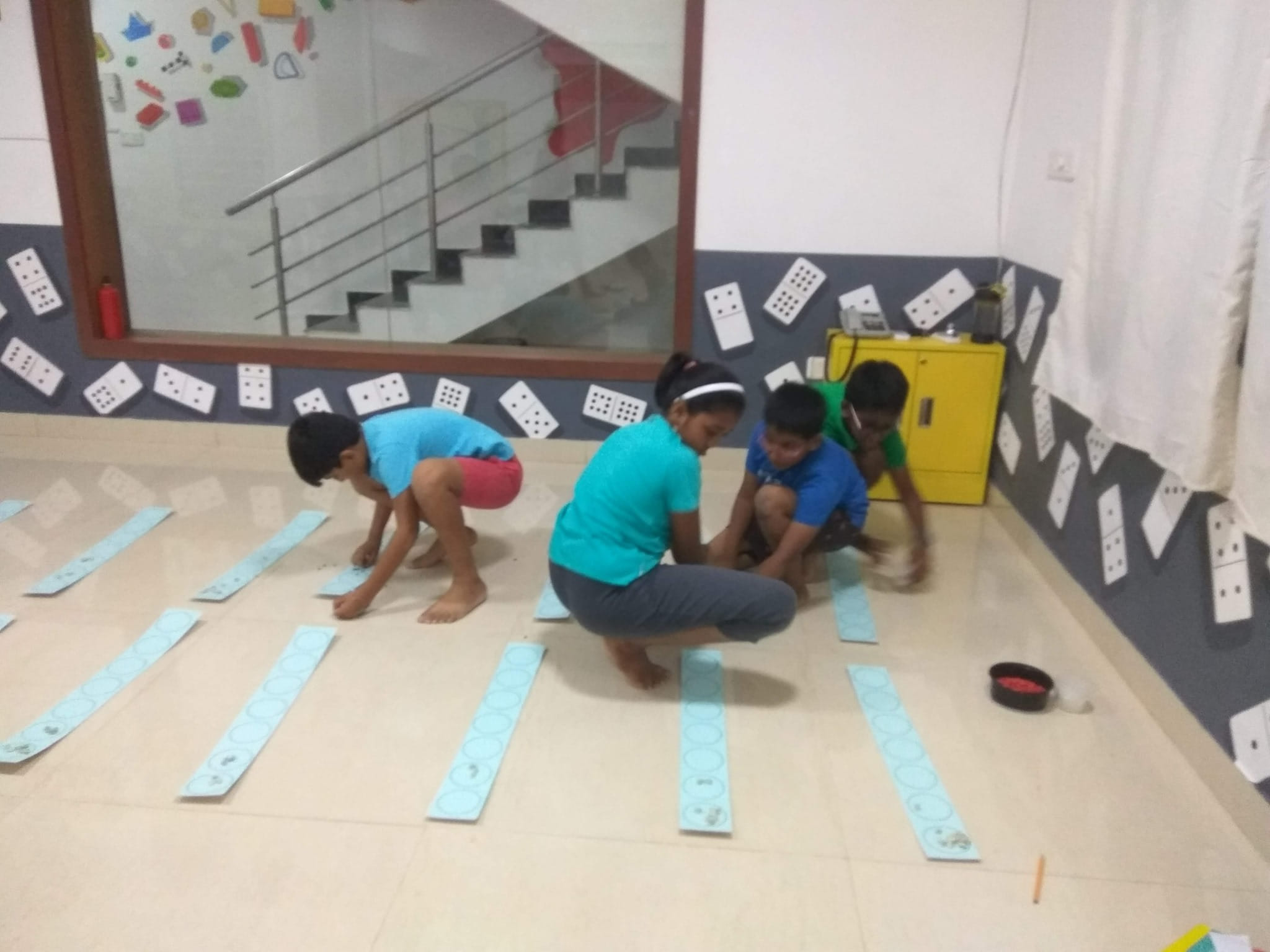 After an intense discussion of why the pattern was not just magic, we moved onto the next reveal.

Mathematics is about finding the relationships between seemingly unrelated things. Seeing the harmony in the randomness. Seeing the general in the specific. Exploding dots provide a fantastic platform to simulate that thinking. We wound down our day with an activity that made our solvers realize that dots are exploding everywhere around us. 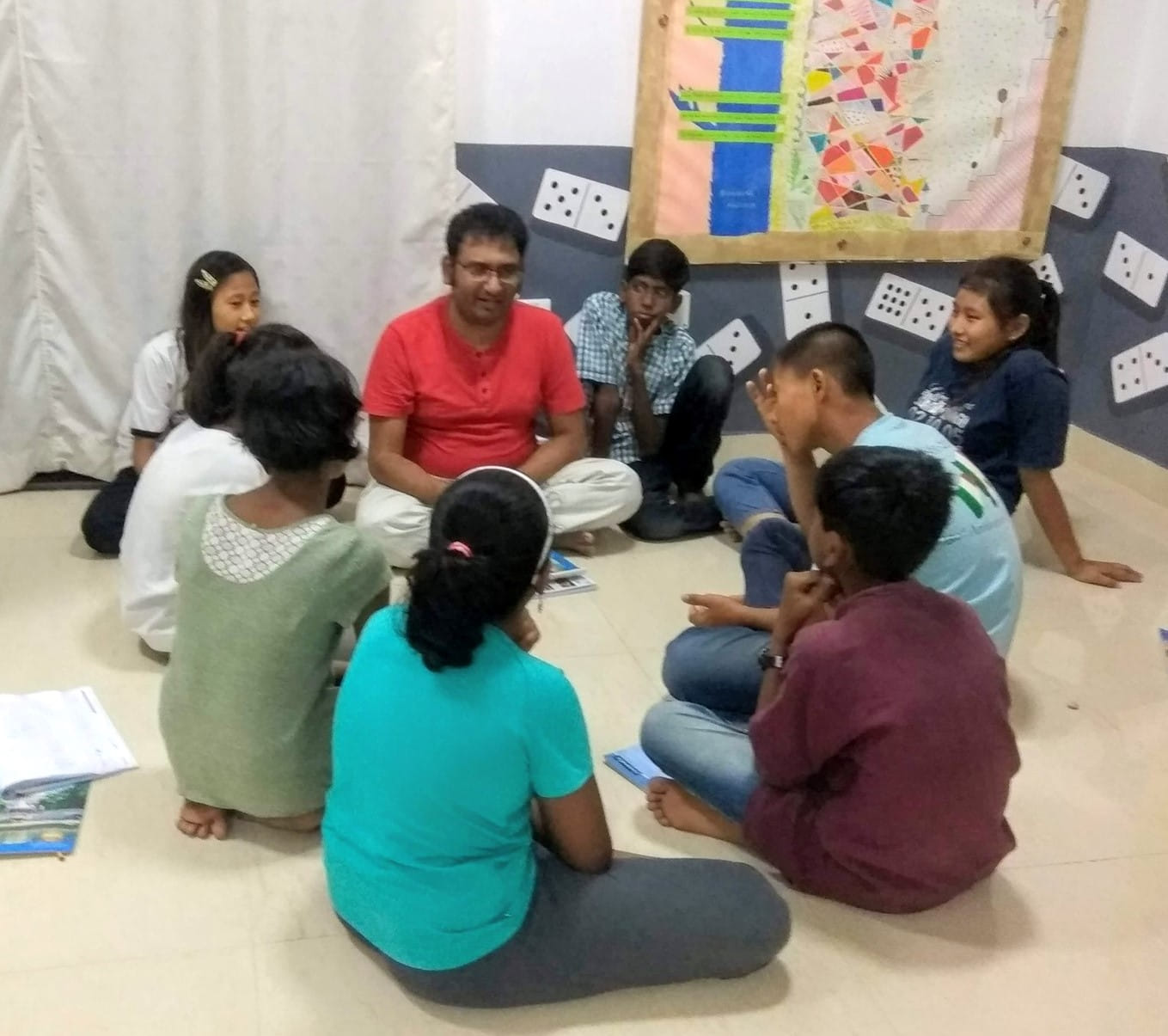 They counted from 1 through 75. Once they reached 75, the next cycle began. Only this time, they say 1 second instead of 1.